Maties Women’s 7s Rugby competed in the annual University Sport South Africa (USSA) tournament in Kimberley this weekend. The team were unbeaten, winning 6 out of 6 games – we caught up with Head Coach Johann Zeier after his team were crowned champions.

How does it feel waking up as a USSA champion as well staying undefeated in the tournament?

It is an emotional one, this team has gone through many ups and downs and the tournament win means a lot to the group. We’ve been working with the group for 5 years, so to get to this point, earlier than what we planned for is great.

Take me through the game, how did the team show character to snatch the victory from Tuks?

We didn’t use anyone off the bench which is quite rare in a sevens game. The ladies were incredibly switched on, I got the sense that the players on the field wanted it so badly if I even tried to substitute them they wouldn’t have come off. They fought for every second of that game.

Who was your standout player of the tournament?

There were some massive efforts, tackles, kicks, tries and ladies that played a lot of minutes. Our whole group was standout this tournament, all 14 of the ladies. They were just fantastic, from big efforts on the field, to helping with logistics off the field, they were an amazing group – the victory is only credited to the group effort and not an individual.

What does this win mean for women’s rugby at Maties?

A bit of validation for what we try and do for the ladies. We want to put our name in the hat as one of the top University’s in Africa for women’s rugby and this was a step in the right direction.

What are your hopes for this team moving forward?

Moving forward that the players firstly all get their degrees and through rugby they learn that anything they set their minds to, they can achieve. We have Varsity Sports coming up, so now we hit the reset button and take on the next challenge. 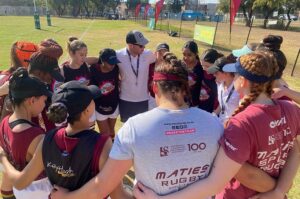 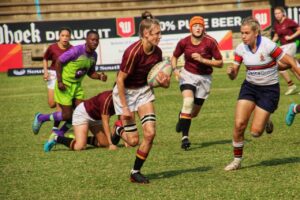 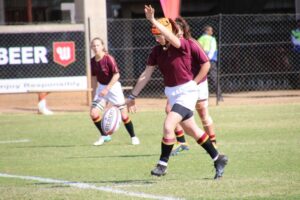 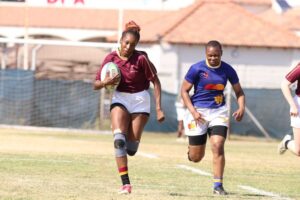