The maroon machine took home the gold in the men’s rugby, men’s hockey, women’s hockey and netball championships, while adding a number of silver and bronze medals to an impressive medal tally. 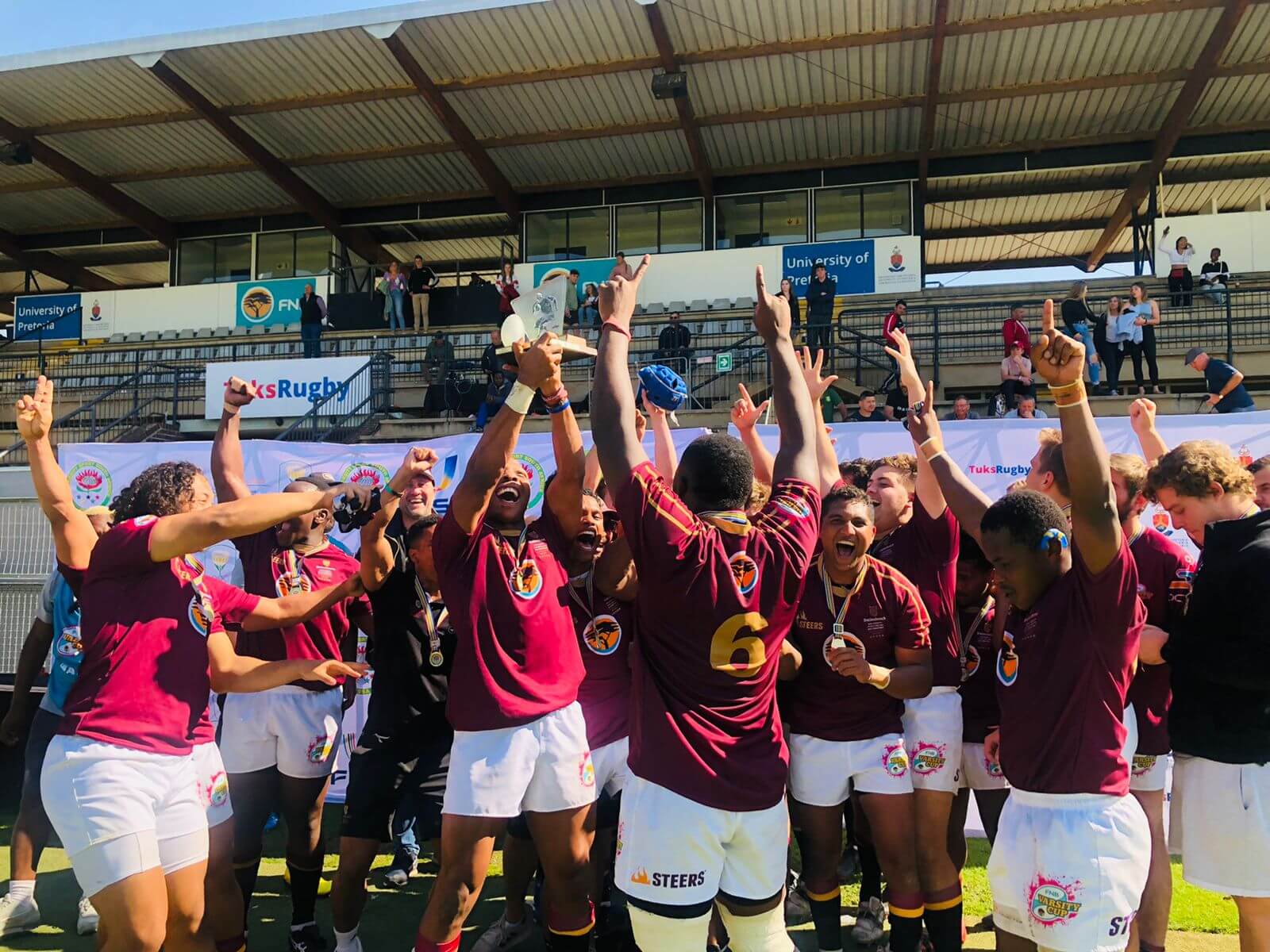 In a repeat of this year’s Varsity Cup final, Maties took on Tuks in the final of the men’s A division USSA rugby championship in Pretoria on Friday.

Maties made a good start by gaining an early 10-0 lead and ended the first half 17-7 up. The Maroon Machine extended their lead in the second half to 24-7 before Tuks fought back with some tries of their own, however, Maties held their nerve and secured a 27-19 victory: defeating their old rivals and getting redemption for the narrow Varsity Cup final loss they suffered earlier in the year. 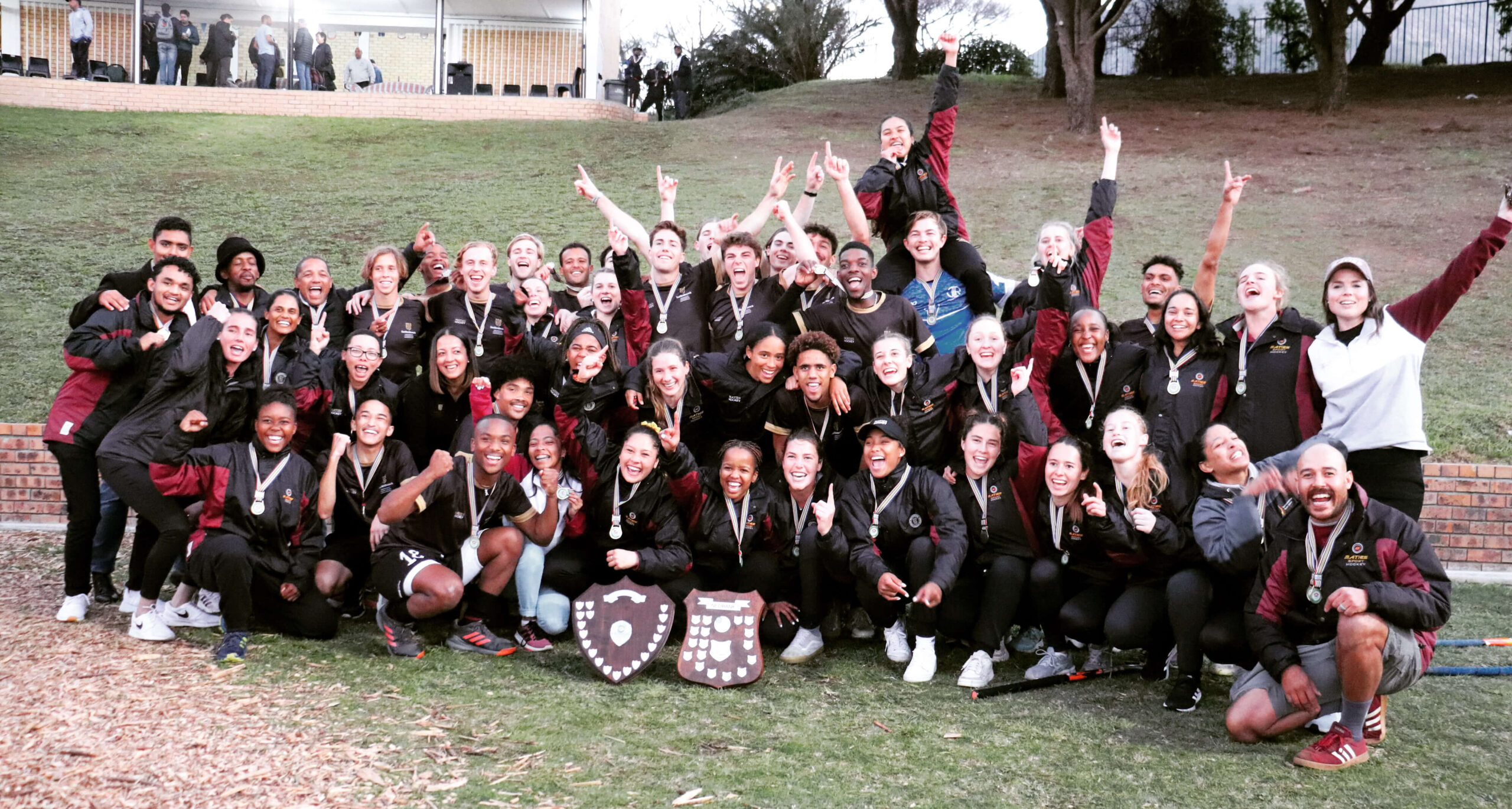 Both the men’s and women’s hockey teams competed in the finals of the A division USSA hockey championships at the University of Cape Town on Friday.

First up, the Maties women’s side took on Tuks – the defending champions.

Kayla Swarts opened the scoring for Maties after 20 minutes with a perfectly placed shot from a short corner, putting Maties 1-0 up.

The goal was enough for the Maroon Machine to take a 1-0 lead into half-time.

Tuks drew level three minutes into the second half after Tegan Fourie slotted home from a short corner, tying the game at 1-1.

Going into the final 15-minute quarter, the score remained 1-1 in a very close game.

The ladies held on for an emphatic victory to secure the women’s USSA Hockey Championship.

Maties men’s hockey team faced off against Tuks in the final of the men’s USSA hockey championship, hoping to repeat the feat of the Maties women’s team in the game before.

Tuks took an early 1-0 lead after just 3 minutes, with Brad Sherwood scoring from a penalty corner.

During stoppage time in the first quarter, Maties made their move.

First, Jacques van Tonder equalised, slotting home from a penalty corner to level the game at 1-1.

Van Tonder then put Maties into the lead, scoring from another penalty corner to put the Maroon Machine 2-1 up at the end of the first quarter.

Towards the end of the second quarter, with seconds remaining in the first half, Van Tonder rounded off his hat-trick, flicking into the back of the net from another penalty corner: Maties taking a 3-1 lead into half time.

Just a minute into the second half, Maties made it 4-1: Rohniel Terblanche with a sweeping finish from open play.

But, Tuks were far from finished. Two third-quarter penalty corner goals saw them cut the deficit to just one, leaving Maties 4-3 up heading into the final quarter.

With five minutes remaining in the game, Viwe Mbatha got the final touch on a Hans Neethling shot to put Maties 5-3 ahead, giving them a lead they would not relinquish.

The game ended 5-3, with Maties securing a historic double gold in the men’s and women’s hockey USSA championships.

Maties took on Nelson Mandela University (NMU) in the final of the A section of the USSA netball championships on Saturday, bidding for their first USSA netball title in 27 years.

The team got off to a strong start, building up an 11-4 lead in the first quarter. The ladies continued to go from strength to strength as the score soon became 21-10. By the end of the third quarter, Maties led 30-14: on the brink of a historic victory.

Maties rounded off a dominant performance in the fourth quarter, putting the exclamation mark on a 44-20 victory against NMU, securing a first USSA netball championship in 27 years.

The Maties 2 netball team took home the bronze in the B section. 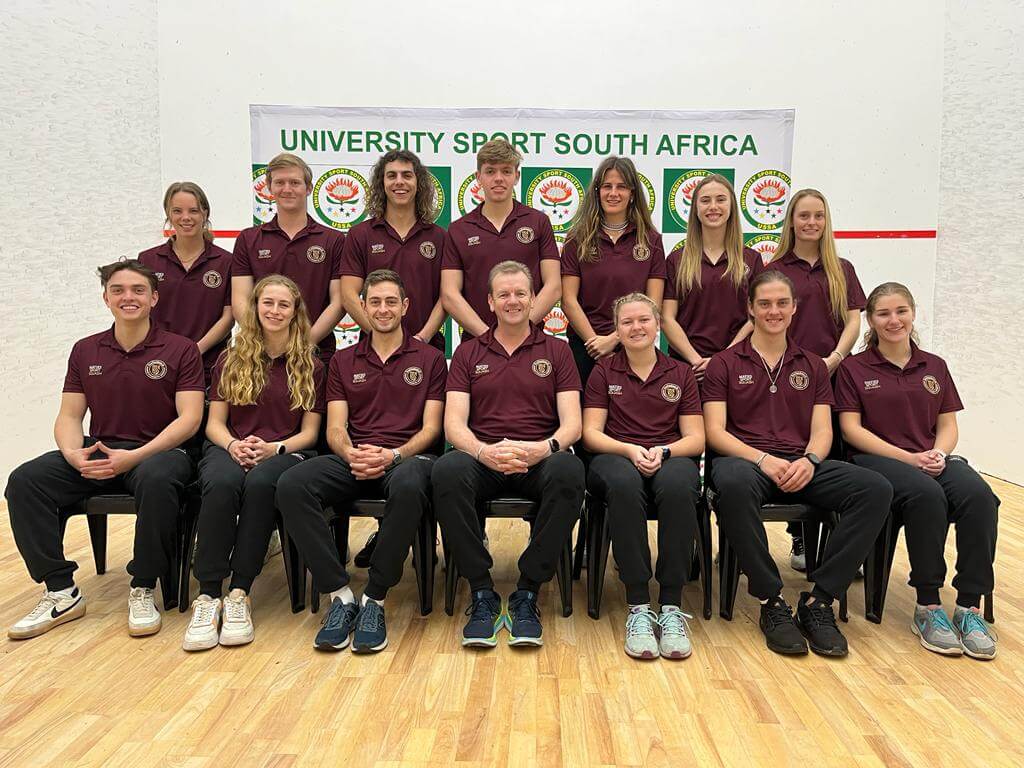 In the team competition, Maties made the finals in both the Section A and Section B championships. Both Maties sides narrowly missed out on the gold, taking home the silver medals on Friday.