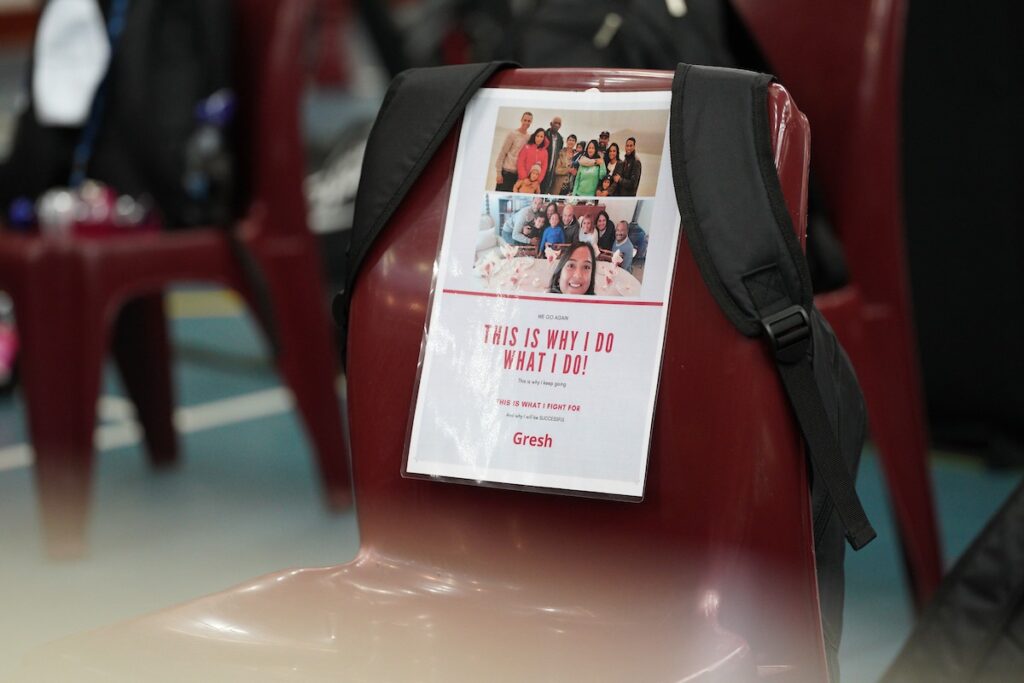 Friedrich Nietzsche said he who has a why, can bear almost any how. Victor Frankl took it further saying that if you have a why or who to live for, you will endure whatever needed to survive. One of the most popular self-help books at present is called Start with Why…

It’s not surprising then to see the Maties Netball team playing for their “Why” in the current Varsity Netball tournament held in Stellenbosch. All matches are played in the Coetzenburg Centre.

“My Why” is the theme of the tournament for the Maroon Machine.

All members of management and the players have a A4 poster on their chairs next to the courts with the words: “This is why I do what I do! This is why I keep going. This is what I fight for” and photos of family, friends or quotes.

Maties Netball Head Coach Zanele Mdodana said: “Every player and member of the management has someone(s) for who they are playing for in this tournament. Those who you are willing to lay it all down for, seeing how much they have done for you. The people who motivate and encourage you when you need it most. They are the ones that fill up tank when you are running low or on empty.”

Maties captain and goal-shooter Sian Moore elaborated: “The team has been through so much the past few months. After each setback individuals had to ask themselves why I am doing this, why am I pushing myself so hard. We lost family members, friends, there was injuries…”

According to Moore it was important for her that the team – every single individual – knew why don’t won’t quit or stop. “My why is bigger than all the setbacks and disappointments. I have a photo of every single member of my team and management. Along with a photo of my family and two best friends. It is important that my teammates know that they have been vital in helping me get through it all to this point. It is difficult to explain the bond we have as team – players and management – it’s is special and means everything to me.”

Mdodana has been going through a crazy few months herself. First the loss of her brother-in-law and then her mother. And recently; days before the start of the Varsity Netball tournament she tested positive for Covid-19. Making this theme even more valuable for her on a personal level.

“My why is for the little girl called Zanele who has always dreamed and believed she can be anything she wants to be and do anything she puts her mind and heart into. Also, for my son, to show him that challenges in life is not to derail you but to sharpen you. Every challenge is an opportunity. And finally for my mother. To say thank you for raising me as a warrior and that is how I want to live.”

For Caleigh Stuart, playing in her fifth Varsity Netball tournament, her poster reminds her why she is doing this. “When the going gets tough and you don’t have a why it will get harder…that is why having the who and why is so important. The pictures on the poster are of family, friends, your favourite quote, or role-models. You decide your why.”

Also, in her fifth year with the team, Adri Uys adds: “You cannot do this for yourself. No matter how much you love or enjoy it. There has to be more. The photos on our posters are the more.”