Women in Sport Leadership – She Dreams Big for Her Small Town

A small town in the Western Cape meant Andrea de Waal didn’t have as many opportunities to play sports as other schools might have.

However, she joined the hockey team at her school as the goalkeeper and dedicated her time to the sport and training, naturally she was an asset to the small-town school, and later played at provincial level.

Gymnastics was later introduced to her in her pre-teen years, and she loved every minute of it as she had previously performed ballet a few years prior. She recalls fitting in so perfectly as she loved to express herself through movement.

At times, balancing school, hockey, and gymnastics was overwhelming, and she wasn’t able to fully excel at her sport. “One year I decided to focus more on gymnastics and that year our group won gold at the South African Championships…” said de Waal.

She left the small town to pursue her studies at Stellenbosch University, and she had to make the tough decision to either join the Maties Hockey Club or the Maties Gymnastics Club.

After experiencing goalkeeping at the provincial level, she decided to try out for hockey. However, she soon realized how competitive the high-performance sport was. A gymnastics training session seemed like a good alternative to giving up on sport completely, so de Waal decided to attend it.

“I found an encouraging and stress relieving environment. Reflecting upon my high school years and the stress that came with the position of a goalkeeper and my current state at the time as a stressed and overwhelmed first year, the stress relieving club seemed like a no brainer,” expressed de Waal.

As a result of the positive environment, she became passionate about sport in a different way and switched her degree from BSc Human Life Sciences to BSc Sport Science in her second year. Her changing sports codes and degrees allowed her to coach others through the gymnastics club, and she got promoted to chairperson of the club.

“I still train and compete at university level at University Sport South Africa (USSA), but I don’t do it for the competition, I do it for myself because I love the way gymnastics makes me feel, mentally and physically,” says de Waal.

As the next chair, she was excited to have the opportunity to follow the two male chairs before her, but she also felt the need to give back to the club that has helped her so much. “I will be honest, it is a major emotional and physical struggle juggling all the responsibilities that comes with this leadership position as well as studying, being a demi and working 3 jobs (as many of us have to do for our future), but this position empowered me in so many ways,” states de Waal.

“At the societies fair earlier this year, we were educating people on the amazing scope of gymnastics and showing them that you do not have to be young and flexible as most people assume,” says de Waal.

The gymnast says rhythmic gymnastics is an area she wishes to develop, she hopes to appeal to more people to join the club, and she believe people in the country have very limited knowledge of gymnastics.

“Self-doubt is your worst enemy. If you truly want something, no person has the power to stand in your way besides yourself, so go for what you want and you will find that you are capable,” concludes de Waal. 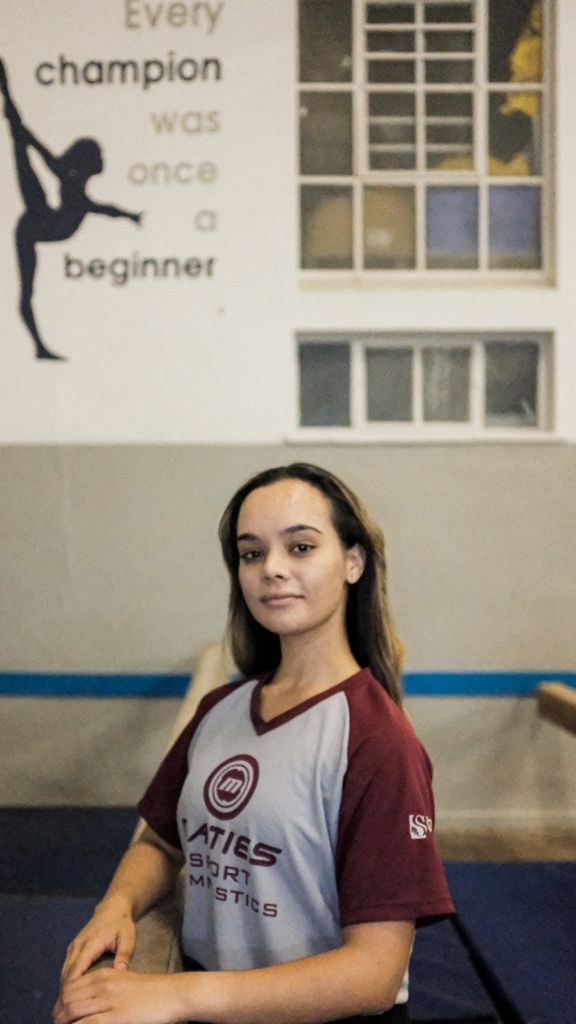